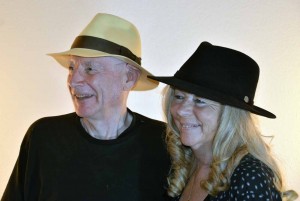 Maude and Phil Mayes live in Santa Barbara, California, having started in New York City and London, England respectively. They have been writing and speaking about spreading peace one relationship at a time for many years. They wrote the books Secrets of a Successful Relationship Revealed and How Two: Have a Successful Relationship, and write a weekly relationship newsletter, as well as a weekly blog available on this website. They also do workshops and webinars. Phil and Maude are the producers of a number of relationship videos, as well as the series Kit and Kat Relationship Experts, all of which are to be found on their YouTube channel The Couples Project. They have been featured in a number of live interviews and write articles, both online and in print.

A press kit is available.