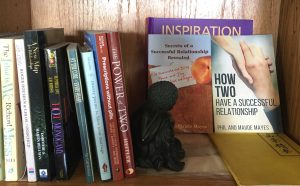 In this week’s blog, we asked if you show love and respect in your relationship. These articles cover different aspects of this very important aspect.

The Importance Of Tone “Several weeks ago, I was editing together some video footage for a home movie and was surprised to discover how irritated, negative, and just plain mean I sounded when talking to my wife. I remember most of the interactions that were filmed but not any of the feelings I was quite clearly projecting.”

Why ‘It’s Not What You Say, But How You Say It’ May Be the Best Relationship Advice “‘It’s not what you say, it’s how you say it.’ I know my husband and I have uttered this cliché phrase in multiple exchanges, and it’s become the one thing in our marriage that we strive to work on the most. Here’s why: When the content of what’s being said isn’t offensive, but the way it’s spoken is hurtful, it’s easy for an offhand comment to turn malignant. And that’s a problem.”

Tagged with: Respect, Tone of voice