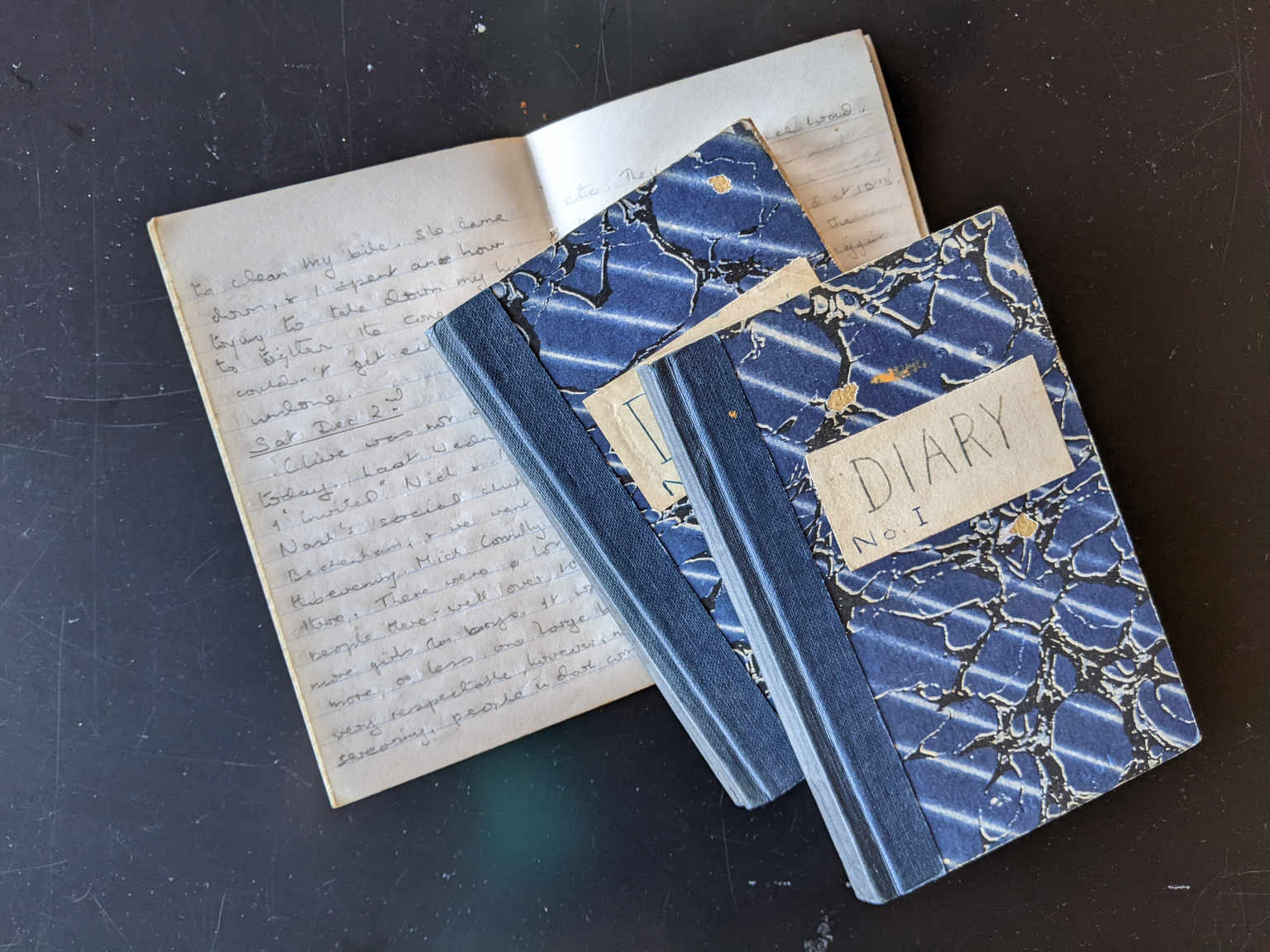 MAUDE: The other night we were reminiscing and I had a strong memory of an experience that happened early in our relationship. Not only could I see the visuals of this scene, but I felt the emotions and meaning that accompanied it for me.

We had gone up the coast for a two day getaway and were settled in a motel at the edge of town (this was before Airbnb existed!). As we reclined in the bed, Phil brought out a stack of old journals, informing me these were his from when he was 15 years old. He had apparently just come across them. Asking if I would like to hear them, and receiving an affirmative, he began reading to me.

They were written for himself and told the tales of teenage love, inner thoughts and musings, worries and anxieties, home life, tales of bike rides and races and much, much more. They were almost brutally honest, as he examined for himself his motivations, desires and problems. I felt at once awed and honored to be trusted with such an inside view of his 15 year old person.

I was struck by his open honesty both within the journals and in his sharing them with me. He let me so deep inside him with this seemingly simple act. Yet, how many of us apply this kind of openness to our relationships?

PHIL: In order to be fully in a relationship, you have to be fully open. That includes showing your weaknesses as well as your strengths. Of course, this doesn’t happen at first; few people reveal all their phobias, sexual quirks and credit card debts on a first date because they want to make a good impression and attract the other person.

Openness and trust develop hand in hand; each one feeds the other as you get to know someone better. They grow according to how open the other person is as well. It’s difficult to share your emotional state with someone who only talks about golf scores and how bad the traffic was, but even if they are so scatter-brained that you cannot trust them to pick up the milk, when they’re fully open, you can trust that they do not have a hidden agenda.

We don’t show ourselves fully in society because hey, we have jobs to do and things to get on with. These are social inhibitions we all have – that’s a result of socialization, of being brought up to live amongst other people, but in a relationship, it is different. Why hide any part of yourself there?

This isn’t a license for cruelty or abuse. If that’s what social inhibitions cover up, then letting these loose is not openness at all; it’s a cue to work on yourself and look into what is behind them.

But a relationship is built on – maybe even is – connection, and who doesn’t want and need that? Being as open as you dare to be is the route there. (If too much connection triggers feelings of claustrophobia for you, then we’ve written elsewhere about how it is possible to feel both free and connected at once.)

The more open you and your partner are, the more you will feel seen and the more connected you will be.