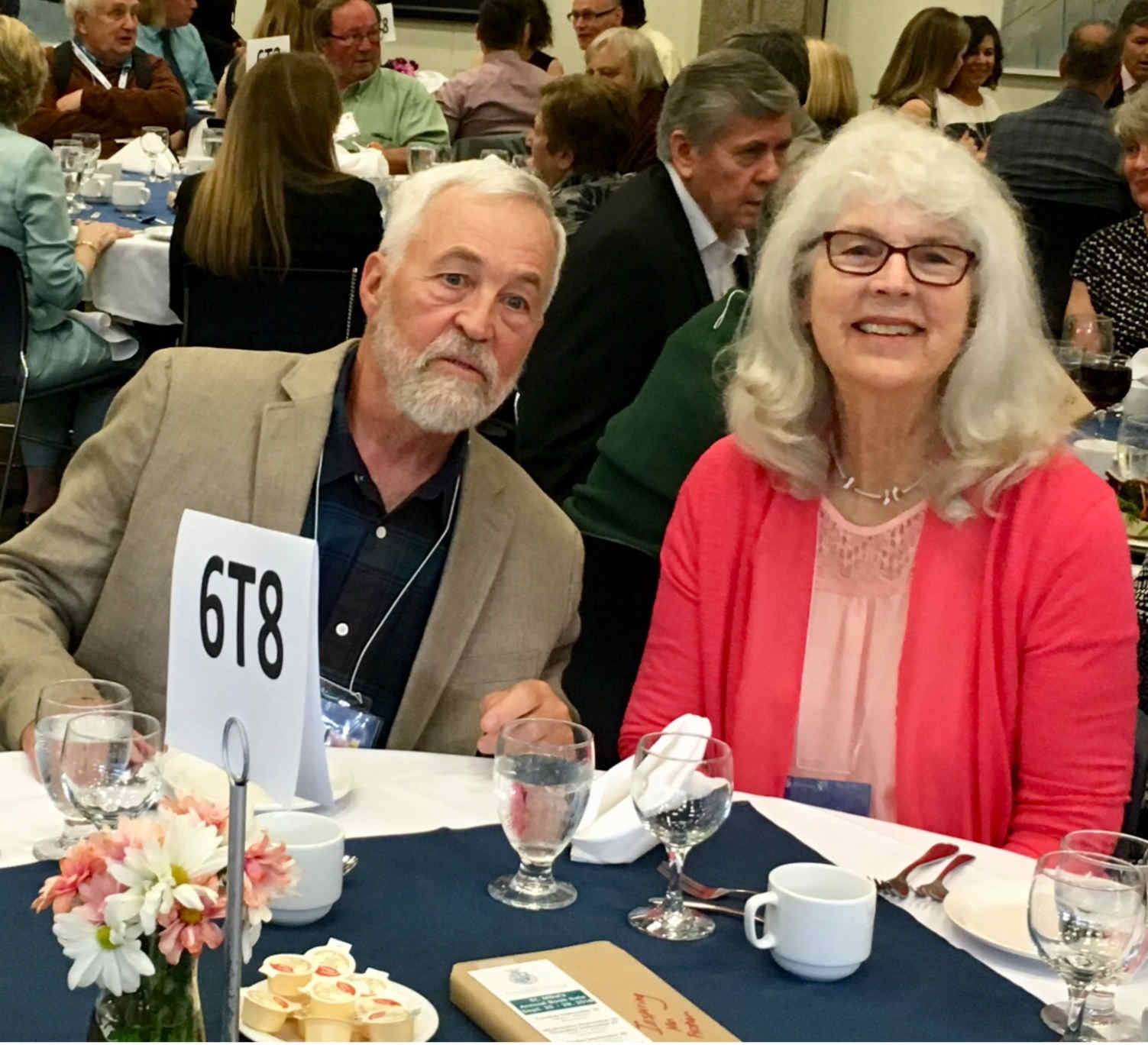 This week, in lieu of our regular post, we have a guest post from Fred Owens. He’s been blogging on various topics for 20 years at Frog Hospital. After reading ours, he decided to turn his pen to relationships. We so enjoyed it that we asked if we could share it with you.

Laurie and I have been together eleven years now. She’s heard all my stories except the ones about old girlfriends and ex-wives. So we’ve found that silence can be more satisfying than repeating an old joke over and over. The first night we slept together she pointed to one side of the bed and told me that she preferred that side. I knew we had it made then because I prefer the other side. Sometimes things just work out.

We met online and quickly agreed to meet for coffee, at Peet’s Coffee in Carpinteria. I had been up at five a.m. to prepare sweet pea bouquets for the farmers market. By the time the meeting time rolled around I was quite tired, so instead of waiting for her and not placing an order until she got there, I got a latte and found a good table. I don’t think it’s polite to order ahead of your date, but I had twenty bouquets of very fragrant sweet peas in the van, so I brought her one. She was very pleased with that gift, and I apologized for ordering ahead. Most women like flowers and I have told male friends to bring them flowers, especially for no reason.

I was working on the flower farm in Ventura, cultivating sweet peas and dahlias when I met Laurie. The farm was a good half hour’s drive to her home in Santa Barbara, on U.S. 101. It’s a beautiful drive, going up the coast, you can see the waves. That’s another thing we had going for us. Relationships flourish at the right distance, not too close and not too far. The trouble is you don’t know ahead of time what that distance is, but Laurie and I were the right distance for starting out.

And she liked me to call her, so I got into the habit of calling her most evenings because she made it easy, not for some long, in depth conversation, but just touching base for five or ten minutes – that’s how to keep a man happy, this man anyway.

We had a lot in common, but the differences were real too, starting out with the fact that she was a woman and I was a man, a classic combination, a powerful engine of yin and yang that can lead to mayhem and murder or heavenly delight. She was not religious and I was, not that I went to church or anything like that, but I had a thorough religious education going right from kindergarten through to college in the Catholic tradition. I knew the prayers and rituals. I never really quit the church, I just stopped going. Laurie, on the other hand, was completely unchurched. Her parents had no religion, they were utterly secular and to me that felt like a kind of poverty. But I don’t push the point and neither does she.

She was a woman and I was a man, a combination that can lead to mayhem & murder or heavenly delight Click To TweetWe had an argument once, when her brother was dying in a nursing home and we went to his trailer to clean out his stuff. It was a grim task and that put me in a bad mood. She had never disregarded my feelings so completely, of course her brother was dying, so we argued. No, we didn’t actually say anything we just humphed ferociously for the longest time. I was astonished at how stubborn she could be, It was exhausting. I resolved to never argue with her again. I had gotten too old for that waste of energy.

So people ask me what is the secret to your loving happiness with Laurie these eleven years now. Well, I won’t tell you because, as you said, it’s a secret. I’m not making a joke here, but stressing a point that is often overlooked in the dialog of relationships. The modern emphasis is on openness as if it were equated with honesty. Honesty requires courage, but openness can be a sham, although it is useful at times.

Our love is secret, private, confidential and intimate. We have invented our own language that others cannot understand. We live on a far away planet and you cannot find us. It is a wonderful place we call the heart home. You will find your heart home some day, or maybe you already live there.

Bio: Fred Owens, growing up, picked violets for his mother in Wilmette, Illinois. He moved to the Skagit Valley, north of Seattle, as a young man and, among other jobs, worked on a farm that grew daffodils, tulips and irises in commercial quantities. He has also worked on roses and dahlias, and the sweet peas described in the story. Although, he said, sweet peas are seldom grown commercially because they do not keep well. Fred has also worked as a journalist for community weeklies in the Skagit Valley. Eleven years ago he moved to Santa Barbara where he met Laurie. “I’m never moving again,” he said.
His gardening blog is Fred Owens
His writing blog is Frog Hospital