Why Touch Is Such an Important Factor in All Our Relationships 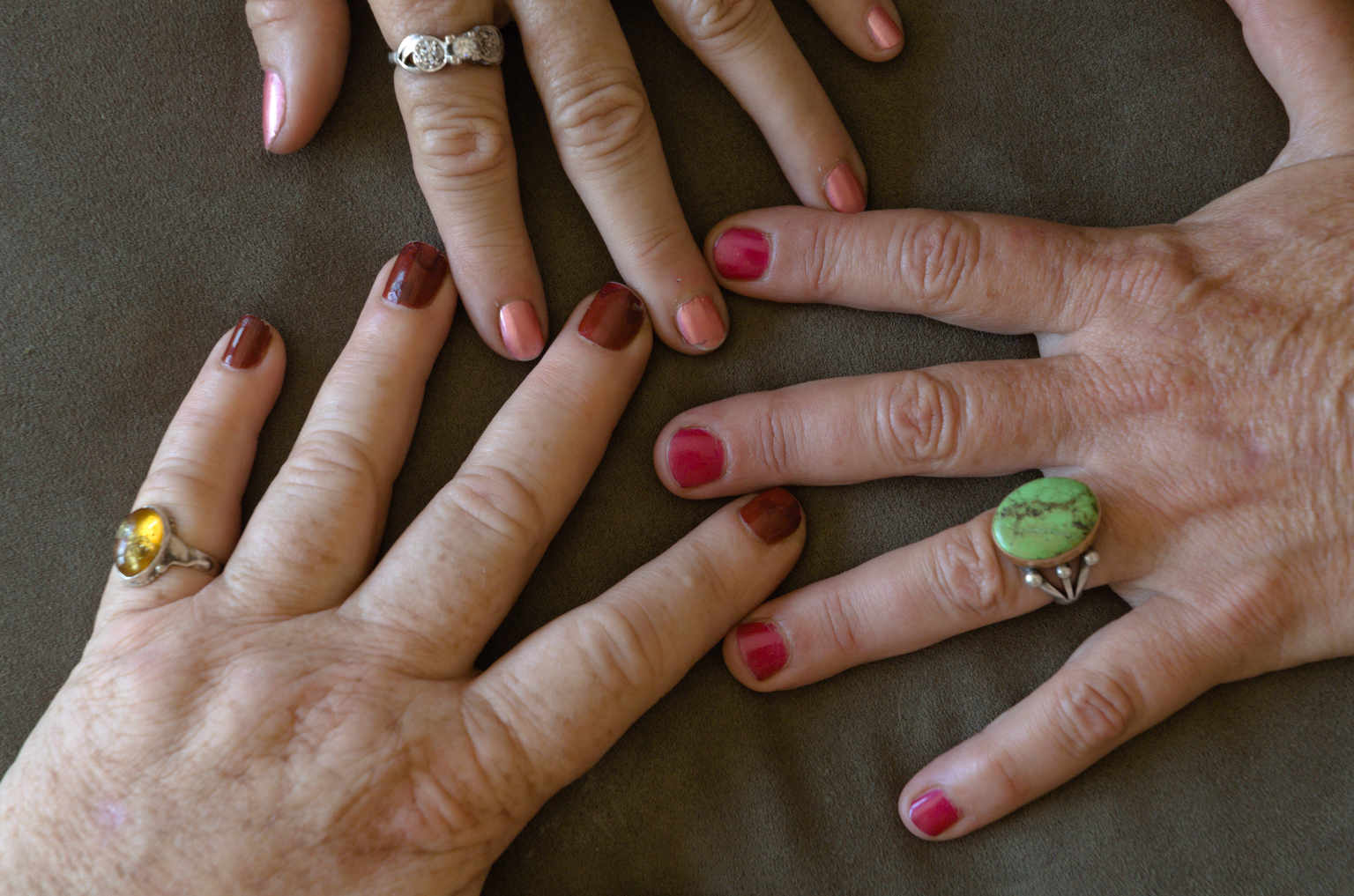 PHIL: Touch a sea anemone in a rock pool and it will close up. With such a long history, it’s not surprising that touch communicates very deep and powerful messages. Of all our senses, it is the only one that is not localized. I can imagine losing my sense of sight, hearing, taste or smell, but if I lost all sense of touch, I would doubt that I was even alive. It is a powerful place within which to find out who you are.

Just as it is a huge part of our sensory experience of the world, it is also embedded very deeply in our language. We say “I am touched by your thoughtfulness,” or “Keep in touch.” The dictionary gives 63 uses for the word “touch” and only 36 for “life.”

So what does touch do for us? It’s hard to say. Just hold someone for a minute without speaking, feeling the changes in your body and theirs. That’s the message that touch is receiving. Does anyone hug for an entire minute like that? Not many people, I think, but even holding hands or touching shoulders communicates at a deep level, and that is why we say in our process for resolving differences that being in physical contact is so important.

And yet touch is a very sensitive subject in today’s culture for several reasons. Besides being a gateway to the world, touch is sexual as well, so its meaning can be ambiguous. A supportive touch can be interpreted as sexual, and a sexual touch can be passed off as supportive. The altering power balance between men and women is changing how such contacts are seen. I was not a hugging person, and I’m still getting used to it.

Another source of social confusion is the extent to which touch is welcomed. For some people, due to upbringing or abuse, touch is not particularly enjoyed, and that scarcity of connecting touch can make all touch appear to have a sexual or threatening undertone. This can be overcome by consciously thinking about your connection with the other person and by allowing the body to receive the experience of contact.

So from all that, it is easy to see how important touch is in peoples’ lives, and why some can flow gregariously and gracefully through life, while others are affected by anger, depression or alienation. With your knowledge that touch conveys a powerful message and you can both give and receive it with others, you can pay more attention to it. By being clear about boundaries, yet not defensive, you can open up to the rest of the world, give support to others, and retain your autonomy.Touch is an important form of communication that eliminates many divisions that words can create Click To Tweet

MAUDE: I was lying on the hospital table about to have a procedure, when I felt a gentle pressure and warmth suffusing my body. My surgeon had come up next to me and she was leaning lightly against my shoulder, quietly, without saying a word. It was the simplest of things, just a bit of human physical contact, and it changed my entire mental state. I felt so reassured. Without saying one word, or even intruding upon my thoughts, this woman was letting me know she was there with me, that we were somehow together in this and it was going to be just fine.

Touch, so important and yet so often taken for granted. The pandemic and the total lock down period brought home the role of touch perhaps more than any other occurrence could have done. Suddenly, most of us couldn’t touch each other. Except for those we lived with, we were staying 6 feet apart from one another.

The internet brought us social salvation in many ways, making Zoom meetings, work, classes and social gatherings possible, but it could not make up for the lack of touch. There were some very creative workarounds people came up with; one video we saw showed a family that had hung a clothes line with a large thick plastic hanging from it, across the entire width of the yard. In it were two holes for arms and plastic tubing that arms could be extended through. On one side stood a grandmother with her arms extended through the tubes and on the other side were her grandchildren taking turns hugging through the plastic arms. We are ingenious when need be and we find ways to compensate.

It would be of great benefit if we do not lose our new awareness of how important this sense of touching is and can be.

Touch is such an early and such an important form of communication. In Our Process for finding mutual solutions, we emphasize staying in physical contact with one another, sitting next to each other with shoulders touching or holding hands while sharing and talking. We find this is a really important aspect of finding that mutuality and remembering that you are on the same side.

In our intimate relationships this form of communication can do a lot to release tensions, resolve anger and conflicts, reaffirm our connections and offer us a non-verbal form of sharing love. Coming together after our total pandemic separation emphasized the power of a hug, the wonder of being directly in each other’s physical presence. Touch eliminates so many of the divisions that words can create. Let’s keep this treasured knowledge in our consciousness now that we have it so strongly, and use it to come together and to experience our unity.