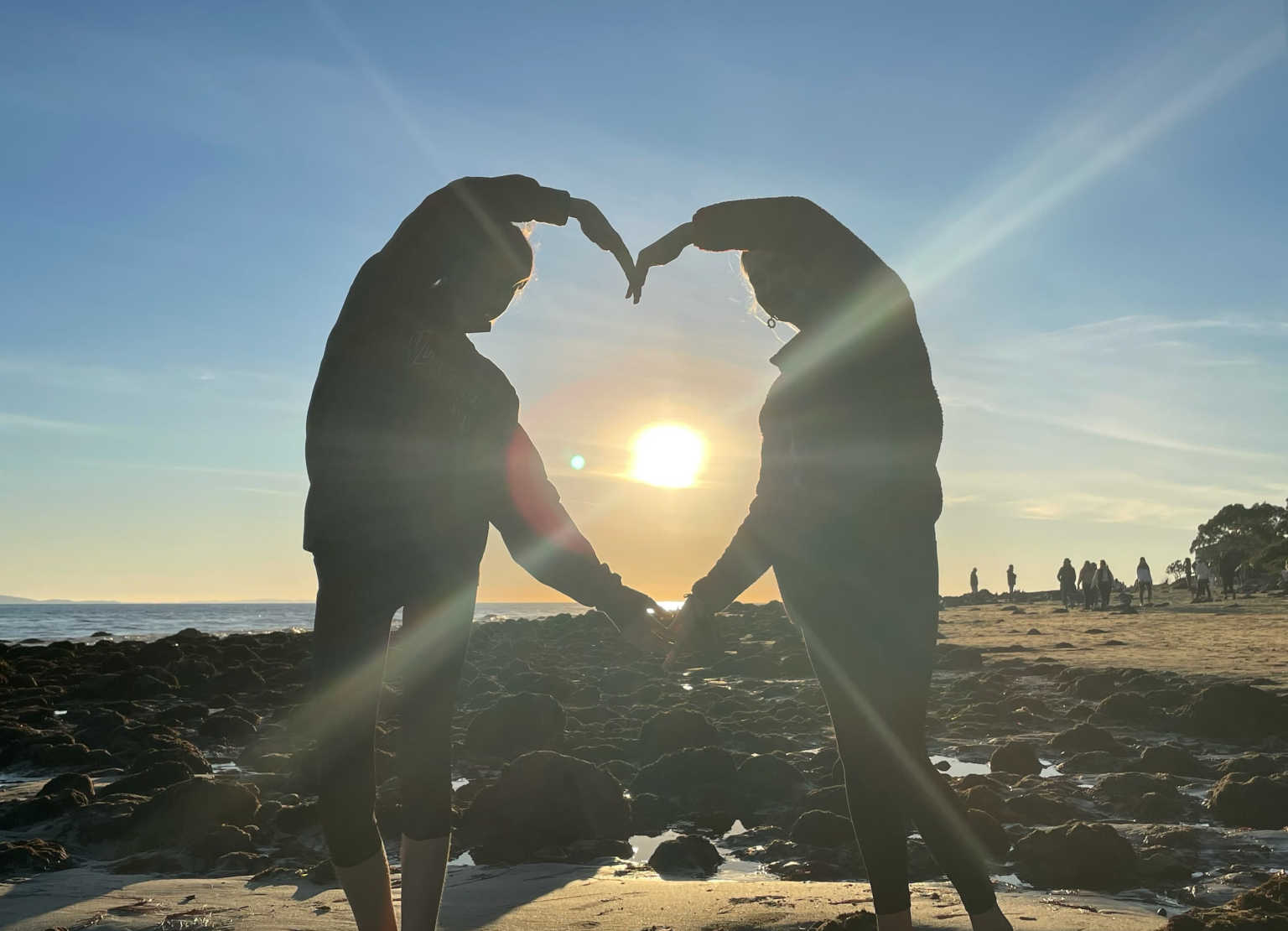 MAUDE: We recently gave a course on creating harmonious peaceful relationships of all kinds, and afterward one of the participants shared a story with us on how she applied the concept of being on the same side to a difficult exchange she was involved in.

We share a process for working out differences and solving problems that creates mutual solutions; ones in which neither party gives up what is important to them and where tensions, anger or distance can dissolve. (Some links to blogs describing this process appear at the bottom.)

A foundational aspect of this process is approaching each other with the firm understanding that you are on the same side. Sometimes, if distance or estrangement has occurred in your relationships, this simple recognition will change the whole nature of your exchanges.

Often being on the same side involves sharing basic values: you want the best for each other, you both want to come from love not fear, you want an answer that leaves you both feeling good and getting the basics of what you want or need.

Our course participant’s story, let’s call her Rose, begins with a situation she was embroiled in that had started out as a transaction between long term acquaintances. Rose was trying to help her friend get a problem solved. This was a potentially loaded issue from the start as money and time were involved.

The situation proved more complicated than Rose anticipated and it took much more of her time and efforts than expected. In trying to resolve it to benefit her friend it got even more complex. The other woman had expectations as well as money pressure looming larger. A number of heated exchanges ensued in which Rose felt unappreciated and unacknowledged and her friend felt desperate and misled. Accusations flew back and forth.

Rose spent a really uncomfortable night feeling very disturbed and churning with feelings she neither wanted nor really identified with. And then it struck her. Remembering what she had just learned and being a woman who embraces and applies lessons, she saw the path. She said to herself “If I can feel in my heart that we are on the same side, and know this is a truth for me, I can say this to her and she will hear me.”

So she meditated and reached toward this truth. And there it was. “We are on the same side. We both want the best for each other. There is a way to find that and for both of us to get what we need without it being at the other’s expense.”

Rose was aware that they probably couldn’t follow the process we describe of sharing in order to find a mutual solution. She knew she had just gained more tools than her friend had, so she set about creating a possible solution and then put it to her friend. From the place of truth that they shared – the value of wanting goodness for each other – she found a solution which worked like a charm. Not only did it give each of them the core of what they wanted and needed, but a third party would be involved who would also benefit and each of them would come out with more than they hoped for in other ways.

Sometimes in our courses people say, I would like to do this process but my partner (or friend or sibling) won’t participate. Rose is a great example that even when only one person can say with truth in their heart, “We are both on the same side. We will find something that works for both of us because we both want the best for each other.”, it still has great power to dissolve anger and disagreement. The understanding of being on the same side is something that touches the values of many of us and is something we recognize and respond to.There is a way for both of us to get what we need without it being at the other’s expense #quote Click To Tweet

PHIL: I’d like to add that the initial attitude of being on the same side has an important effect on negotiations. By not coming with a hostile manner, it doesn’t provoke one in return, and the chance of escalations is greatly reduced. It’s not so easy to take this position, and politics is a great example of the difficulty. Think of someone on the opposite side and try to imagine that they have their own reasons for their position and yet you also have some things in common. Perhaps you both like breathing, eating and feeling safe. If you were both in a basement in Ukraine while being shelled, your common needs would outweigh your differences.

This is drifting off-topic, but Rose also told a story of meeting with a friend, telling her about taking our course, and delving into core values, the subject of our first session, which led to a deep and interesting conversation between them.

I loved hearing this, as so often I have had the experience of a conversation with someone that never gets further than what have you done, where have you been, what have you watched. While it is enjoyable to hear what that person has been doing and to share in turn, trading Netflix shows or whatever, it is, for me anyway, somewhat empty calories. I prefer connecting on a deeper level: what are their hopes and fears for politics, the planet and their future; how do they grapple with the great mysteries of life like consciousness or ethics.

This may be no more than different interests, and there is a strong gender aspect to this; I have always been jealous of the easy way that women can connect. Maybe I am too prone to stay on the surface myself, but I treasure those conversations where I and the other person become connected in some mysterious way and we are speaking an absolute truth.