To Commit or Not to Commit; That Is the Question 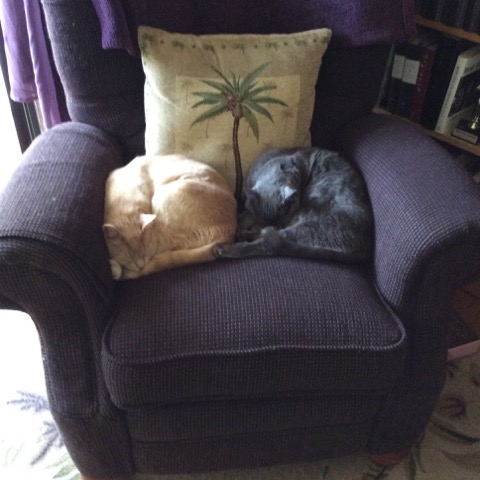 We’ve been unable to write a new blog this week as we were busy finalizing yesterday’s workshop, so we’re reposting a popular blog from past years.

We’ve written a number of blogs on core values and how important it is to be sure that these match for both of you. In the beginning, you need to take enough time to be sure that a prospective partner’s actions truly reflect their words and to decide whether to stay in or get out based on what you feel and what you experience.

It is important to be consciously assessing this match in the early times of a relationship. Unfortunately, some people make this a permanent part of their partnership. They are never truly in or out of it. They are always, to some degree or another, in the assessment phase.

That’s where that sometimes maligned word ‘commitment’ comes in. In order to have the kind of relationship that brings peace and mutual happiness, the kind that we write and talk about, it is necessary to know you are both committed to the relationship; that you are in it together. It is important to know that you are both on the same side.

We have have been friends with a couple for a long time. Even after many years, the woman had a part of her that was still evaluating her partner and still deciding whether or not this was truly what she wanted. It was challenging to be with them sometimes. She was critical and they bickered often. You could feel the love, but something was broken, not flowing freely. By holding back from a total commitment, she created distance and spaces between them. This kind of energy doesn’t support trust and true freedom together. Then one day, something must have changed. She completely committed to the relationship. The difference was so extraordinary that it was palpable. They became a unit in a way that they never were before (while of course remaining two very separate individuals). The sweet kindness that resulted was such a pleasure to see and to be part of.

We wanted to share this story because most of the time men are seen as the ones who shy away from commitment. However, in this and many other instances we have met, it can just as easily be the women, often trying to avoid experiences similar to negative ones from their past.

When you are both committed to the relationship and share the same intentions for it, you can face and handle most things that come up. You have a feeling of freedom and comfort that offers strength to deal with many of life’s challenges.

Commitment is not something that can be demanded–it’s something that is given #relationships #quote Click To TweetPHIL: My experience of commitment is of freedom, not limitations. I am here because I choose to be, and I am free of the voice saying maybe I could do better.

I have a long history of not being committed, despite pressure. I was told about the security it could provide, but it never felt right. Yet in those years, I did get married, and that was a real commitment, so one was always possible. It ended because neither of our expectations were met, but that’s a different story.

With Maude, my commitment is no effort at all, because I am offered the space to be myself. I just went away for three days so I could write, and on returning, Maude suggested I should make it a monthly event. How wonderful to be so encouraged to explore my goals!

MAUDE: I find that women often feel committed earlier than is appropriate. Perhaps they get a false sense of intimacy from sexual union that doesn’t yet mirror the reality of their partner’s commitment. In my case, I am either full in or not. When I commit, which does tend to be rather early on if it’s going to happen, I never really question that commitment again. That’s assuming the relationship is moving forward of course. I find the whole way I relate in the relationship is conditioned by this issue. If my partner and I are committed and have the same intentions for the relationship, then wonderful things can and do happen. With Phil and me, this sense of being together developed clearly and naturally with very few discussions. There were some; more from Phil who was a bit amazed at his own sense of being in this forever. That was more than a decade ago and it hasn’t come up since!