Why You Need to Avoid Keeping Score in Your Relationship 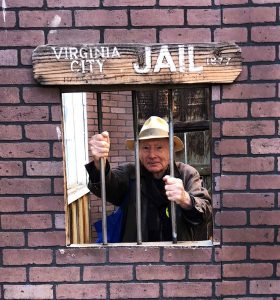 MAUDE: In last week’s blog we discussed differences and how they can be strengths rather than problems in a relationship. In further exploring that topic together, we looked at the style of relating where making lists and keeping score is a common part of the relationship, or one partner’s interactions.

Sometimes people do not feel assured that both they and their partner are truly on the same side. They remain in a state of assessing the other in terms of the balance of give and take, willingness to be there with full presence, and the balance of power. Exchanges and contributions to the shared life are seen more like deals than give and take. In these partnerships, total acceptance is not yet practiced.

In a condition like this, one response is to be saving up ammunition for a possible attack; and by that, we mean when you are making lists of your own contributions, as well as your partner’s lack thereof. These are saved up, usually with tinges of resentment attached, for that day when, confronted by a list of your weaknesses or unequal contributions, you can fight back with a list of your own. This is often done unconsciously, but that list still resides somewhere near the surface to be called on at a moment’s suspicion of attack. Beware! Bringing forth lists tends to engender your partner’s lists!
Our relationship has a different character and our exchanges seem devoid of measuring and comparing. So, we asked ourselves, “What are the characteristics of our relationship that prevent this type of relating?”

We have a commitment to both being all in, which creates a sense of trust in the balance between each of our contributions. We accept each other as equal although sometimes vastly different. We are fully present, each pulling our weight, albeit in different areas and in different ways. This plays itself out on all levels, spiritual, mental, material. And we have seen this characteristic in many long-lasting and successful relationships. There is deep respect for the difference and uniqueness that leads to total acceptance of the other. Each partner brings a bouquet of attributes to merge into the whole.

We believe this kind of commitment must be there (and of course, this takes time to create for some people), if the relationship is to be free from continuous measuring and small injuries that keep getting added to a list; a list which will inevitably rear its pretty ugly head one day.

Avoid making lists and keeping score in your relationship #quote #relationships Click To TweetPHIL: Making lists and keeping score is one way that people have a relationship. It makes it transactional, to use a current term. At its best, it is a way of maintaining fairness within a relationship, of making sure that contributions are equal. It’s difficult to maintain because unless every single task is divided equally, you need to establish an exchange rate. Does cleaning the yard cost as much as cleaning the toilet? How about different incomes, stay-at-home parenting, car maintenance? How about intangible contributions like humor, emotional stability, social contacts? The bookkeeping is complex and prone to complaints about how much X happened last month. A relationship based on keeping score is prone to degenerate into a grudge-fest.

The alternative is not to keep score, but to believe that your partner brings different skills and talents to the relationship as we discussed last week and that they contribute according to their capabilities. They’re not out to get you; in fact, giving is a pleasure all by itself. Look at the joy of a child giving you a handmade card with glitter, glue and crayoned expressions of love. There is no quid pro quo there, to use this week’s expression.

I want to propose a theory about relationships that is not in the literature as far as I know. Think of people as lying along a spectrum from power to subservience. We’ll simplify it by regarding people as one of three types: power, equality or subservience. This gives a diagram rather like the parent-adult-child one from Eric Berne’s “Games People Play.”

Another possibility is two subdominant personalities who, I believe, would tend to form a codependent relationship.

I imagine that the remaining combinations of equality-subservience and equality-power are unstable.

Maybe a relationship of equality isn’t for you, and if so, go for it, but we find it to be a wonderful, harmonious, balanced one. Your call.

Transform
Your Relationships
Join us and learn how to
transform your relationships
through radical acceptance.
Find mutual solutions
that create deeply
fulfilling relationships.