Why it is Important to Speak Your Truth in Relationships 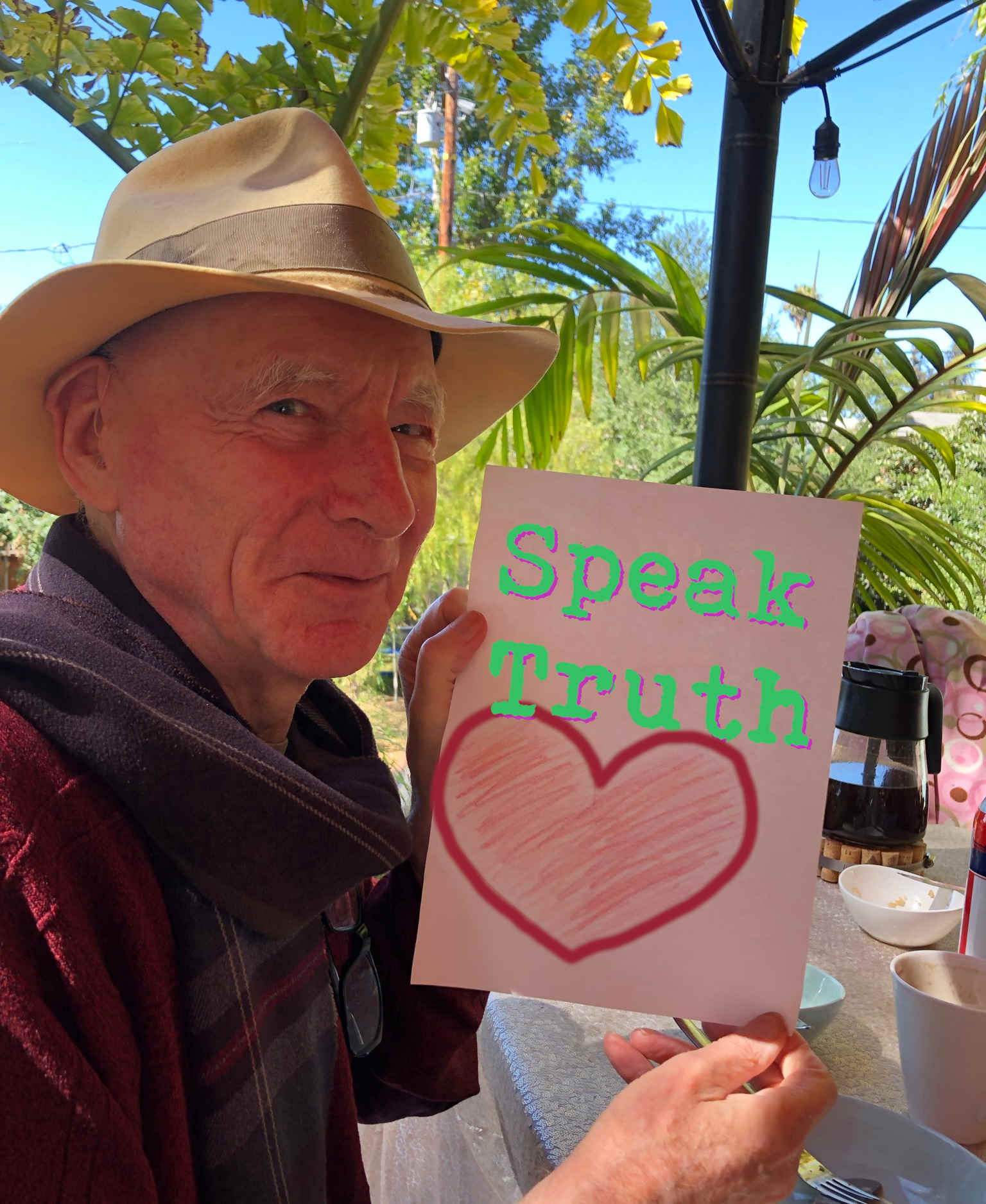 MAUDE: Phil and I were sharing over dinner the other night and found ourselves discussing what it means to speak your truth, and how you find your way to that truth. I was telling him about some challenges I was trying to resolve with one of my close friends. I told him what had occurred and how once I had reflected on what was troubling me, I was able to share that with my friend. The feeling of finding that truth and then being able to speak it without charge or blame, but rather with a clear statement of what I felt, created a tremendous peace and calm within me and toward my friend.

When something happens in one of my relationships that upsets me or makes me feel hurt or not treated well and I don’t really understand my reaction, often I can’t say anything right away. Perhaps this is a good thing as it gives me time to reflect on what is going on in me that makes me feel this way; what is my truth? Uncomfortable feelings of someone I know behaving and making choices that are foreign to me are often at the root of my discomfort.

There are two important aspects in these kind of situations. First, I need to find out what is happening for me; what is pushing my buttons? Secondly, I need to sort out if there is anything that would improve the relationship if I share how I feel. Speaking truth and being open and honest are not the same thing as spewing forth every thought that comes into your head.

Sometimes my reactions come from my lack of acceptance of the other person. I have come to understand that people don’t always do what I would do and that doesn’t make them wrong or bad, it just makes them different. Most important is to accept people for who they are, especially if you know your core values match. Either way you can accept them, but when values match, then differences in actions are just that; they are of no important meaning or value.

I have a friend, a dear friend, who rarely reaches out to make contact or share. I mainly only hear from her if something is wrong or she needs support processing something. For years this bothered me, as I am the kind of person who stays in contact and inquires often about how friends are doing. I like to keep relationships current and to share experiences wherever possible so the interaction stays alive and vital. I shared this with her a number of times, talking about how I feel, not criticizing her. And yet her actions do not change in this regard. I came to realize that the love between my friend and me is as strong on both sides, but she is different from me and she acts differently. I accept her now for who she is, rather than wanting to make her more like me. There is clearly nothing meaningful about the difference in behavior, except that we are both unique and therefore act differently.

In any given situation, it is important to both find your truth and honor it appropriately. It sounds so obvious, and yet so often we just react from the emotions we feel rather than finding out what is at the core of that response. When you know what is at your core, you can act from a place of peace and calm and that has the power to change the world, one response at a time.Finding your truth is important and so is honoring it #quote #relationships Click To Tweet

PHIL: I used to run an artistic group where some untoward behavior occurred and many members wanted to add detailed rules to control such behavior going forward. I was deeply opposed to this because I felt that most people know how to behave, rules do little to stop bad behavior, and an atmosphere of forbidden actions would be a curb on creativity. For years we had met in a warm group without needing rules about behavior and the group worked so well because new people coming in copied the existing behavior and maintained the supportive atmosphere.

The meeting about this was very contentious. In the following days, this disagreement distressed me greatly. Should I carry out the desires of those who wanted long codes of conduct, even though I felt that they would be counterproductive and detrimental to the group?

Then I had an epiphany. I did not want to be an administrator of a group that encouraged creativity yet drew tight boundaries around behavior, so I would resign. At the next meeting, I spoke about this. I was clear and firm. I had found my truth.

The outcome of this doesn’t matter. The point is that in the first meeting, I was torn in several directions. I spoke hesitatingly, with ums and pauses. After my epiphany, I knew what was right for me. I spoke clearly without having to search for words.

The difference in how I spoke was revelatory. Since then, I have taken fumbled speech as a clue that I need to dig further to find my truth.

I have frequently struggled with knowing what I want. I guess it’s that way for most people. Firstly, feelings arise in the body and we have to pay attention to them and then find words that match. Plus we’ve been socialized to coexist with other people, to share the last slice of pizza, to say nice things and not nasty things. It’s hard to see past those patterns and find what I want.

Yet we’ve all known people who have no filter and “tell it like it is.” Speaking truth has to be done thoughtfully. It has to be done with a pure heart, without malice; you have to have empathy and come from love. Consider your impact on others. Do you need to say anything at all? Is there a kind way to phrase it, a better time to say it? Remember this is only your reality; theirs is probably different.